The coarse co-assembly map was introduced by Emerson and Meyer as a dual to the coarse assembly map. These two maps are mutually adjoint with respect to canonical pairings.

The main objective of our project is to further develop this coarse duality theory by studying analogues of multiplicative structures known from algebraic topology such as cup and cap products as well as external and slant products.

Many of these multiplicative structures have direct interpretations in terms of Dirac operators and vector bundles leading to new applications in index theory and geometric topology.

In addition, we will develop coarse versions of well-known results from algebraic topology involving multiplicative structures.

Most notably, we want to investigate a coarse version of Poincaré duality.

Furthermore, the question of whether coarse assembly and co-assembly are isomorphisms will also be examined in certain cases. We have a special focus on spaces which admit nice coarse compactifications constructed from coarse geometric versions of contractions or, more generally, deformation retractions. Such coarse deformation retractions are also key to the construction of secondary cup and cap products, establishing a close link between the two main aspects of our project.

In previous definition of $\mathrm{E}$-theory, separability of the $\mathrm{C}^*$-algebras is needed either to construct the composition product or to prove the long exact sequences.

Considering the latter, the potential failure of the long exact sequences can be traced back to the fact that these $\mathrm{E}$-theory groups accommodate information about asymptotic processes in which one real parameter goes to infinity, but not about more complicated asymptotics parametrized by directed sets.

We propose a definition for $\mathrm{E}$-theory which also incorporates this additional information by generalizing the notion of asymptotic algebras. As a consequence, it not only has all desirable products but also all long exact sequences, even for non-separable $\mathrm{C}^*$-algebras.

We suspect that our model for $\mathrm{E}$-theory could be the right entity to investigate index theory on infinite dimensional manifolds.

Let \(M\) be an orientable connected \(n\)-dimensional manifold with \(n\in\{6,7\}\) and let \(Y\subset M\) be a two-sided closed connected incompressible hypersurface which does not admit a metric of positive scalar curvature (abbreviated by psc). Moreover, suppose that the universal covers of \(M\) and \(Y\) are either both spin or both non-spin. Using Gromov's \(\mu\)-bubbles, we show that \(M\) does not admit a complete metric of psc. We provide an example showing that the spin/non-spin hypothesis cannot be dropped from the statement of this result. This answers, up to dimension \(7\), a question by Gromov for a large class of cases. Furthermore, we prove a related result for submanifolds of codimension two. We deduce as special cases that, if \(Y\) does not admit a metric of psc and \(\dim(Y) \neq 4\), then \(M := Y\times\mathbb{R}\) does not carry a complete metric of psc and \(N := Y \times \mathbb{R}^2\) does not carry a complete metric of uniformly psc provided that \(\dim(M) \leq 7\) and \(\dim(N) \leq 7\), respectively. This solves, up to dimension \(7\), a conjecture due to Rosenberg and Stolz in the case of orientable manifolds.

We construct secondary cup and cap products on coarse (co-)homology theories from given cross and slant products. They are defined for coarse spaces relative to weak generalized controlled deformation retracts.

On ordinary coarse cohomology, our secondary cup product agrees with a secondary product defined by Roe. For coarsifications of topological coarse (co-)homology theories, our secondary cup and cap products correspond to the primary cup and cap products on Higson dominated coronas via transgression maps. And in the case of coarse $\mathrm{K}$-theory and -homology, the secondary products correspond to canonical primary products between the $\mathrm{K}$-theories of the stable Higson corona and the Roe algebra under assembly and co-assembly.

Let \(\mathcal{E}\) be an asymptotically Euclidean end in an otherwise arbitrary complete and connected Riemannian spin manifold \((M,g)\). We show that if \(\mathcal{E}\) has negative ADM-mass, then there exists a constant \(R > 0\), depending only on \(\mathcal{E}\), such that \(M\) must become incomplete or have a point of negative scalar curvature in the \(R\)-neighborhood around \(\mathcal{E}\) in \(M\). This gives a quantitative answer to Schoen and Yau's question on the positive mass theorem with arbitrary ends for spin manifolds. Similar results have recently been obtained by Lesourd, Unger and Yau without the spin condition in dimensions \(\leq 7\) assuming Schwarzschild asymptotics on the end \(\mathcal{E}\). We also derive explicit quantitative distance estimates in case the scalar curvature is uniformly positive in some region of the chosen end \(\mathcal{E}\). Here we obtain refined constants reminiscent of Gromov's metric inequalities with scalar curvature.

We use the Dirac operator technique to establish sharp distance estimates for compact spin manifolds under lower bounds on the scalar curvature in the interior and on the mean curvature of the boundary. In the situations we consider, we thereby give refined answers to questions on metric inequalities recently proposed by Gromov. This includes optimal estimates for Riemannian bands and for the long neck problem. In the case of bands over manifolds of non-vanishing \(\widehat{\mathrm{A}}\)-genus, we establish a rigidity result stating that any band attaining the predicted upper bound is isometric to a particular warped product over some spin manifold admitting a parallel spinor. Furthermore, we establish scalar- and mean curvature extremality results for certain log-concave warped products. The latter includes annuli in all simply-connected space forms. On a technical level, our proofs are based on new spectral estimates for the Dirac operator augmented by a Lipschitz potential together with local boundary conditions. 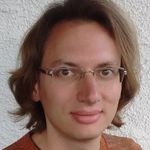 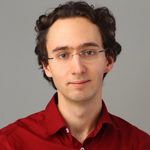