Suppose \(M\) is a closed oriented Riemannian manifold and V is a closed subset of M representing the Poincaré dual of the second Stiefel-Whitney class. We also suppose to have a topological invariant stored away from \(V\). More precisely, we suppose there are two bundles \(E_0\), \(E_1\) with isomorphic typical fibers that are supported in the interior of a manifold with boundary \(L\subset M\). Observe that the double \(L_D=L\cup_{\partial L}L^-\) of \(L\)is a closed spin manifold endowed with a bundle \(E\)coinciding with \(E_1\) on \(L\)and with and with \(E_0\) on \(L^-\). Our topological invariant is the index \(\text{ind}( D_{L_D,E})\) of the spin Dirac operator on \(L_D \) twisted with the bundle \(E\).

The main goal of this project is to give conditions such that the invariant \(\text{ind}( D_{L_D,E})\) is an obstruction to the existence of metrics of positive scalar curvature on \(M\). The analytic tools we plan to use are based on the analysis of the spin Dirac operator on the incomplete manifold \(M\setminus V\) , using a potential and a rescaling function to control the behavior of the Dirac operator near the deleted subset \(V\). The main geometric situation we have in mind is the connected sum \(M_1\# M_2\), with \(M_1\) a closed spin manifold storing the Dirac obstruction.

When \(V\) is a closed codimension two submanifold, the analytic machinery has already been developed by the author, making use of the distance function to the submanifold \(V\) to construct the rescaling function and the potential. These analytic tools also have applications to the study of metrics of positive scalar curvature on a compact manifolds with boundary \(X\). More precisely, it allows to find an upper bound for the distance between the region where the topological information is stored and the boundary of the manifold, knowing a positive lower bound for \(\text{scal}(X)\). This answers questions recently asked by Gromov. Initially, it was the second main goal of this project.

Let \(\mathcal{E}\) be an asymptotically Euclidean end in an otherwise arbitrary complete and connected Riemannian spin manifold \((M,g)\). We show that if \(\mathcal{E}\) has negative ADM-mass, then there exists a constant \(R > 0\), depending only on \(\mathcal{E}\), such that \(M\) must become incomplete or have a point of negative scalar curvature in the \(R\)-neighborhood around \(\mathcal{E}\) in \(M\). This gives a quantitative answer to Schoen and Yau's question on the positive mass theorem with arbitrary ends for spin manifolds. Similar results have recently been obtained by Lesourd, Unger and Yau without the spin condition in dimensions \(\leq 7\) assuming Schwarzschild asymptotics on the end \(\mathcal{E}\). We also derive explicit quantitative distance estimates in case the scalar curvature is uniformly positive in some region of the chosen end \(\mathcal{E}\). Here we obtain refined constants reminiscent of Gromov's metric inequalities with scalar curvature.

We use the Dirac operator technique to establish sharp distance estimates for compact spin manifolds under lower bounds on the scalar curvature in the interior and on the mean curvature of the boundary. In the situations we consider, we thereby give refined answers to questions on metric inequalities recently proposed by Gromov. This includes optimal estimates for Riemannian bands and for the long neck problem. In the case of bands over manifolds of non-vanishing \(\widehat{\mathrm{A}}\)-genus, we establish a rigidity result stating that any band attaining the predicted upper bound is isometric to a particular warped product over some spin manifold admitting a parallel spinor. Furthermore, we establish scalar- and mean curvature extremality results for certain log-concave warped products. The latter includes annuli in all simply-connected space forms. On a technical level, our proofs are based on new spectral estimates for the Dirac operator augmented by a Lipschitz potential together with local boundary conditions. 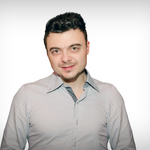