Projective surfaces, Segre structures and the Hitchin component for PSL(n,R)

A projective surface is a pair \((\Sigma,\mathfrak{p})\) consisting of a smooth surface and an equivalence class of torsion-free connections on the tangent bundle.

If the surface is compact, oriented, and of negative Euler-characteristic, then \({\mathfrak p}\) is defined by at most one conformal connection. This result by the author is a rigidity result for the existence of a certain holomorphic curve in a complex surface \(Z\), or equivalently, for the lift of the curve into the projective holomorphic cotangent bundle of \(Z\). One central question of the project is whether this rigidity result still holds true if the curve (or more precisely its lift to the projectivized tangent bundle) is not holomorphic, but merely a minimal surface.

Other questions concern topological properties of projective surfaces. For example, one might ask whether a compact surface with \(\pm\chi(\Sigma)>0\) can carry a torsion-free connection whose Ricci curvature is symmetric and negative / positive definite.

We associate a flow $\phi$ to a solution of the vortex equations on a closed oriented Riemannian 2-manifold $(M,g)$ of negative Euler characteristic and investigate its properties. We show that $\phi$ always admits a dominated splitting and identify special cases in which $\phi$ is Anosov. In particular, starting from holomorphic differentials of fractional degree, we produce novel examples of Anosov flows on suitable roots of the unit tangent bundle of $(M,g)$.

We establish a one-to-one correspondence between Finsler structures on the \(2\)-sphere with constant curvature \(1\) and all geodesics closed on the one hand, and Weyl connections on certain spindle orbifolds whose symmetric Ricci curvature is positive definite and all of whose geodesics closed on the other hand. As an application of our duality result, we show that suitable holomorphic deformations of the Veronese embedding $$\mathbb{CP}(a_1,a_2)\to \mathbb{CP}(a_1,(a_1+a_2)/2,a_2)$$ of weighted projective spaces provide examples of Finsler \(2\)-spheres of constant curvature and all geodesics closed.

We introduce a new family of thermostat flows on the unit tangent bundle of an oriented Riemannian 2-manifold. Suitably reparametrised, these flows include the geodesic flow of metrics of negative Gauss curvature and the geodesic flow induced by the Hilbert metric on the quotient surface of divisible convex sets. We show that the family of flows can be parametrised in terms of certain weighted holomorphic differentials and investigate their properties. In particular, we prove that they admit a dominated splitting and we identify special cases in which the flows are Anosov. In the latter case, we study when they admit an invariant measure in the Lebesgue class and the regularity of the weak foliations.

We show that a properly convex projective structure \(\mathfrak{p}\) on a closed oriented surface of negative Euler characteristic arises from a Weyl connection if and only if \(\mathfrak{p}\) is hyperbolic. We phrase the problem as a non-linear PDE for a Beltrami differential by using that \(\mathfrak{p}\) admits a compatible Weyl connection if and only if a certain holomorphic curve exists. Turning this non-linear PDE into a transport equation, we obtain our result by applying methods from geometric inverse problems. In particular, we use an extension of a remarkable \(L^2\)-energy identity known as Pestov's identity to prove a vanishing theorem for the relevant transport equation. 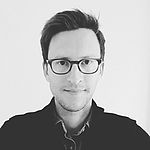 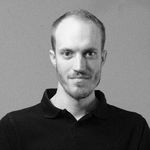