A locally compact separable metric space together with a regular Dirichlet form is called a Dirichlet space.

One approach is centered around the compactification via the Royden boundary, boundary terms and Greens formulae. The other approach is centered around harmonic functions and (generalized) eigenfunctions. Both approaches capture geometry "far out" via specific tools and concepts. The approaches are strongly related and exhibiting the relationship will lead to additional insights.

The project will focus on the non-smooth non-local situation of graphs.

We describe the set of all Dirichlet forms associated to a given infinite graph in terms of Dirichlet forms on its Royden boundary. Our approach is purely analytical and uses form methods.

In this note we study the eigenvalue growth of infinite graphs with discrete spectrum. We assume that the corresponding Dirichlet forms satisfy certain Sobolev-type inequalities and that the total measure is finite. In this sense, the associated operators on these graphs display similarities to elliptic operators on bounded domains in the continuum. Specifically, we prove lower bounds on the eigenvalue growth and show by examples that corresponding upper bounds can not be established.

In this note we prove an optimal volume growth condition for stochastic completeness of graphs under very mild assumptions. This is realized by proving a uniqueness class criterion for the heat equation which is an analogue to a corresponding result of Grigor'yan on manifolds. This uniqueness class criterion is shown to hold for graphs that we call globally local, i.e., graphs where we control the jump size far outside. The transfer from general graphs to globally local graphs is then carried out via so called refinements.

Marcel Schmidt: On the existence and uniqueness of self-adjoint realizations of discrete (magnetic) Schrödinger operators (2018)

We study pairs of Dirichlet forms  related by an intertwining order

isomorphisms between the associated \(L^2\)-spaces. We consider the

measurable, the topological and the geometric setting respectively.

In the measurable setting, we  deal with arbitrary (irreducible)

Dirichlet forms and show that any intertwining order isomorphism is

necessarily unitary (up to a constant). In the topological setting

we deal with quasi-regular forms and show that any intertwining

order isomorphism induces a quasi-homeomorphism between the

underlying spaces. In the geometric setting we deal with both

regular Dirichlet forms as well as resistance forms and essentially

show that the geometry defined by these  forms  is preserved by

intertwining  order isomorphisms. In particular, we prove in the

induce isometries with respect to the intrinsic metrics between the

underlying spaces under fairly mild assumptions. This applies to a

and  complete quantum graphs. In the non-local regular case our

results cover  in particular graphs as well as fractional Laplacians

as arising in the treatment of \(\alpha\)-stable Lévy processes. For

resistance forms we show that intertwining order isomorphisms are

isometries with respect to the resistance metrics.

Our results can can be understood as saying that  diffusion always

determines the Hilbert space, and -- under natural compatibility

assumptions  -- the topology and the geometry respectively. As special

instances they cover earlier results for manifolds and graphs.

Daniel Lenz, Marcel Schmidt and Peter Stollmann: Topological Poincaré type inequalities and lower bounds on the infimum of the spectrum for graphs (2018)

We study topological Poincaré type inequalities on generalgraphs. We characterize graphs satisfying such inequalities and then turn to the best constants in these inequalities. Invoking suitable metrics we can interpret these constants geometrically as diameters and inradii. Moreover, we can relate them to spectral theory ofLaplacians once a probability measure on the graph is chosen. More specifically,we obtain a variational characterization of these constants as infimum over spectral gaps of all Laplacians on the graphs associated to probability measures.

We introduce a notion of nodal domains for positivity preserving forms. This notion generalizes the classical ones for Laplacians on domains and on graphs. We prove the Courant nodal domain theorem in this generalized setting using purely analytical methods.

We study magnetic Schrödinger operators on graphs. We extend the notion of sparseness of graphs by including a magnetic quantity called the frustration index. This notion of magnetic sparse turn out to be equivalent to the fact that the form domain is an \(\ell^2\) space. As a consequence, we get criteria of discreteness for the spectrum and eigenvalue asymptotics.

In this paper we give an algebraic construction of the (active) reflected Dirichlet form. We prove that it is the maximal Silverstein extension whenever the given form does not possess a killing part and we prove that Dirichlet forms need not have a maximal Silverstein extension if a killing is present. For regular Dirichlet forms we provide an alternative construction of the reflected process on a compactification (minus one point) of the underlying space.

We study the Kazdan-Warner equation on canonically compactifiable graphs. These graphs are distinguished as analytic properties of Laplacians on these graphs carry a strong resemblance to Laplacians on open pre-compact manifolds. 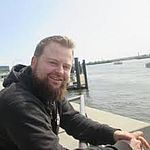 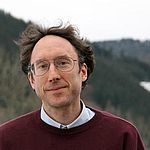