Maximal representations are representations of fundamental groups of a surface \(S\) in any Hermitian Lie group \(G\) that attain the maximal value of the bounded Toledo number. They form full connected components of the character variety (with suitable boundary constraints for open surfaces). They have many common features with positive representations or Hitchin representations in split real Lie groups and maintain many of the charaterizing properties of Teichmüller theory, which can be seen as the easiest instance of each of these branches.

Systoles.  Locally symmetric spaces associated to maximal or Hitchin representations do not have finite volume, and features of hyperbolic surfaces that are consequences of the finiteness of the area, might not carry through. Zhang's constructions of internal sequences in the Hitchin component shows that no uniform systolic bounds can be achieved overall maximal representations, as opposed to Bers' uniform bound overall the Teichmüller space. This raises the problem to find explicit and general examples of sequences of maximal representations whose systole diverges to infinity and to understand the geometric reason for that. A first step would be to find an intrinsic parametrization of the space of maximal representations enlightening higher rank directions.

Orbifolds. It would be interesting to develop a theory of maximal representations for orbifolds.

Exposé 1161 in the Séminaire N. Bourbaki

We study the Thurston–Parreau boundary both of the Hitchinand of the maximal character varieties and determine therein an open setof discontinuity for the action of the mapping class group. This result isobtained as consequence of a canonical decomposition of a geodesic cur-rent on a surface of finite type arising from a topological decompositionof the surface along special geodesics. We show that each componenteither is associated to a measured lamination or has positive systole. Fora current with positive systole, we show that the intersection function onthe set of closed curves is bi-Lipschitz equivalent to the length functionwith respect to a hyperbolic metric.

We study Anosov representation for which the image of the bound-ary map is the graph of a Lipschitz function, and show that theorbit growthrate with respect to an explicit linear function, the unstable Jacobian, is inte-gral. Several applications to the orbit growth rate in the symmetric space areprovided. 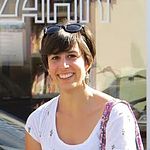 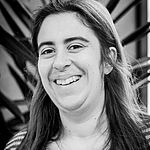 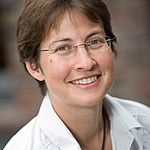