The broad aim of this project is to investigate boundary value problems and index theory for first-order operators in both Riemannian and Lorentzian settings. It is a metamorphosis from a previous project titled ``Index theory on Lorentzian manifolds''.

Investigations during the former project yielded an understanding of the similarities in Riemannian and Lorentzian settings for the kind of problems of our interest in the presence of boundary, despite the huge analytic difference of elliptic and hyperbolic equations. This is one reason that the current reformulation of the project has a broader range and scope. More precisely, in the study of initial value problems in the Lorentzian setting, or the study of boundary value problems in the Riemannian setting, the boundary is Riemannian and there are induced operators on the boundary which share similarities in both cases. This induced operator symbol involves information about the principal symbol of the original operator in the direction of the conormal. In the Riemannian setting, positive definiteness yields a  tangible  spectral theory for the induced operator on the boundary. This allows for attack using $H^\infty$-functional calculus methods. The Lorentzian situation is more complicated due to the presence of null vectors. However, initial calculations for specific operators suggest that these issues can be mitigated and the spectral theory still understood in this setting.
In particular, this paves way for rigorous proofs of the well posedness of operators acting on higher spin settings, with the Rarita-Schwinger operator being a quintessential example. As aforementioned, the previous project revealed the significance of the \(H^\infty\)-functional calculus for the study of such problems.

In the analysis of Lorentzian index and boundary value problems, a key background assumption is that it is a globally hyperbolic manifold. This is necessary to deploy and utilize analytical methods in the study of such problems.
Unfortunately, even in the simple setting of an isolated rotating blackhole, such a spacetime fails global hyperbolicity due to violations of causality inside its event horizon. However, if we are to allow for timelike boundary, we are able to maintain this background assumption without sacrificing physical relevance. Geometrically,  this means that we are forced to account for initial hypersurfaces that are Riemannian manifolds with boundary. Moreover, in order to be truly physically relevant, it is important to allow such manifolds to be noncompact with compact boundary. Results of the previous incarnation of this project exactly address boundary value problems in the setting of noncompact Riemannian manifolds with compact boundary. It brings with it new mathematical technology, particularly methods arising from the $H^\infty$-functional calculus as well as real-variable harmonic analysis a la Calderón-Zygmund, which have now been identified to be significant to a much wider class of problems, including those in the Lorentzian setting.

We prove a local version of the index theorem for Lorentzian Dirac-type operators on globally hyperbolic Lorentzian manifolds with Cauchy boundary. In case the Cauchy hypersurface is compact we do not assume self-adjointness of the Dirac operator on the spacetime or the associated elliptic Dirac operator on the boundary. In this case integration of our local index theorem results in a generalization of previously known index theorems for globally hyperbolic spacetimes that allows for twisting bundles associated with non-compact gauge groups.

Based on the Atiyah-Patodi-Singer index formula, we construct an obstruction to positive scalar curvature metrics with mean convex boundaries on spin manifolds of infinite K-area. We also characterize the extremal case. Next we show a general deformation principle for boundary conditions of metrics with lower scalar curvature bounds. This implies that the relaxation of boundary conditions often induces weak homotopy equivalences of spaces of such metrics. This can be used to refine the smoothing of codimension-one singularites a la Miao and the deformation of boundary conditions a la Brendle-Marques-Neves, among others. Finally, we construct compact manifolds for which the spaces of positive scalar curvature metrics with mean convex boundaries have nontrivial higher homotopy groups. 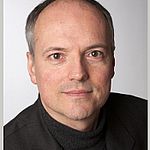