We show that local deformations, near closed subsets, of solutions to open partial differential relations can be extended to global deformations, provided all but the highest derivatives stay constant along the subset. The applicability of this general result is illustrated by a number of examples, dealing with convex embeddings of hypersurfaces, differential forms, and lapse functions in Lorentzian geometry.

The main application is a general approximation result by sections which have very restrictive local properties an open dense subsets. This shows, for instance, that given any K∈R every manifold of dimension at least two carries a complete C^1,1-metric which, on a dense open subset, is smooth with constant sectional curvature K. Of course this is impossible for C^2-metrics in general.

Using this theory we construct positive scalar curvature metrics on closed smooth manifolds of dimensions at least five which have odd order abelian fundamental groups, are non-spin and  atoral. This solves the Gromov-Lawson-Rosenberg conjecture for a new class of manifolds with finite fundamental groups.

Based on  Morse theory for the energy functional on path spaces we develop a deformation theory for mapping spaces of  spheres into orthogonal groups. This is used to show that these mapping spaces are weakly homotopy equivalent, in a stable range, to mapping spaces associated to orthogonal Clifford representations. Given an oriented Euclidean bundle $V \to X$ of rank divisible by four over a finite complex $X$ we derive a stable decomposition result for vector bundles over  the sphere bundle $\mathbb{S}( \mathbb{R} \oplus V)$  in terms of vector bundles and Clifford module bundles over $X$. After passing to topological K-theory these results imply classical Bott-Thom isomorphism theorems.

We construct smooth bundles with base and fiber products of two spheres whose total spaces have nonvanishing A-hat-genus. We then use these bundles to locate nontrivial rational homotopy groups of spaces of Riemannian metrics with lower curvature bounds for all Spin manifolds of dimension 6 or at least 10, which admit such a metric and are a connected sum of some manifold and \(S^n\times S^n\) or \(S^n\times S^{n+1}\), respectively. We also construct manifolds M whose spaces of Riemannian metrics of positive scalar curvature have homotopy groups that contain elements of infinite order that lie in the image of the orbit map induced by the push-forward action of the diffeomorphism group of M.

Related project(s):
9Diffeomorphisms and the topology of positive scalar curvature15Spaces and Moduli Spaces of Riemannian Metrics with Curvature Bounds on compact and non-compact Manifolds

Moreover, denote by \mathcal{M}^+_0(M) the moduli space of positive scalar cuvature metrics on M associated to the group of orientation-preserving diffeomorphisms of M. We show that if M belongs to a certain class of manifolds which includes (2n−2)-connected (4n−2)-dimensional manifolds, then the fundamental group of \mathcal{M}^+_0(M) is non-trivial.

Johannes Ebert and Michael Wiemeler: On the homotopy type of the space of metrics of positive scalar curvature (2020)

The main result of this paper is that when M_0, M_1 are two simply connected spin manifolds of the same dimension d≥5 which both admit a metric of positive scalar curvature, the spaces \mathcal{M}^+(M0) and \mathcal{M}^+(M_1) of such metrics are homotopy equivalent. This supersedes a previous result of Chernysh and Walsh which gives the same conclusion when M_0 and M_1 are also spin cobordant.

We also prove an analogous result for simply connected manifolds which do not admit a spin structure; we need to assume that d≠8 in that case.

Manuel Amann, Masoumeh Zarei: On the equivariant cohomology of cohomogeneity one Alexandrov spaces (2019)

We give a characterization of those Alexandrov spaces admitting a cohomogeneity one action of a compact connected Lie group G for which the action is Cohen--Macaulay. This generalizes a similar result for manifolds to the singular setting of Alexandrov spaces where, in contrast to the manifold case, we find several actions which are not Cohen--Macaulay. In fact, we present results in a slightly more general context. We extend the methods in this field by a conceptual approach on equivariant cohomology via rational homotopy theory using an explicit rational model for a double mapping cylinder.

An action of a compact Lie group is called equivariantly formal, if the Leray--Serre spectral sequence of its Borel fibration degenerates at the E_2-term. This term is as prominent as it is restrictive.

We investigate and characterize these new terms in many different ways involving various tools from rational homotopy theory, Hirsch--Brown models, A∞-algebras, etc., and, in particular, we provide different applications ranging from actions on symplectic manifolds and rationally elliptic spaces to manifolds of non-negative sectional curvature.

We provide several results on the existence of metrics of non-negative sectional curvature on vector bundles over certain cohomogeneity one manifolds and homogeneous spaces up to suitable stabilization.

Beside explicit constructions of the metrics, this is achieved by identifying equivariant structures upon these vector bundles via a comparison of their equivariant and non-equivariant K-theory. For this, in particular, we transcribe equivariant K-theory to equivariant rational cohomology and investigate surjectivity properties of induced maps in the Borel fibration via rational homotopy theory.

We show that the moduli space of metrics of nonnegative sectional curvature on every homotopy RP^5 has infinitely many path components. We also show that in each dimension 4k+1 there are at least 2^{2k} homotopy RP^{4k+1}s of pairwise distinct oriented diffeomorphism type for which the moduli space of metrics of positive Ricci curvature has infinitely many path components. Examples of closed manifolds with finite fundamental group with these properties were known before only in dimensions 4k+3≥7.

Let N be a smooth manifold that is homeomorphic but not diffeomorphic to a closed hyperbolic manifold M. In this paper, we study the extent to which N admits as much symmetry as M. Our main results are examples of N that exhibit two extremes of behavior. On the one hand, we find N with maximal symmetry, i.e. Isom(M) acts on N by isometries with respect to some negatively curved metric on N. For these examples, Isom(M) can be made arbitrarily large. On the other hand, we find N with little symmetry, i.e. no subgroup of Isom(M) of "small" index acts by diffeomorphisms of N. The construction of these examples incorporates a variety of techniques including smoothing theory and the Belolipetsky-Lubotzky method for constructing hyperbolic manifolds with a prescribed isometry group. 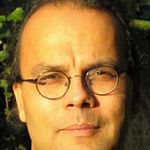 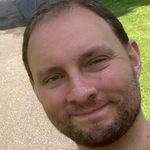 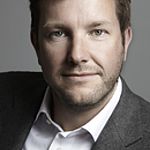 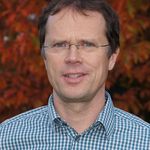 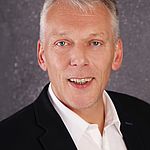 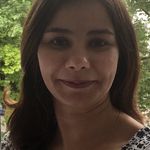 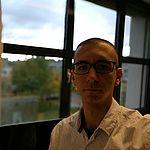 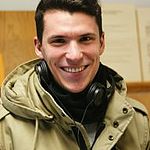 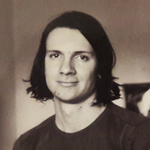 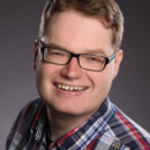