This project concerns quasilinear parabolic problems on conic manifolds both with and without boundary and on edge manifolds via a maximal \(L^p\)-regularity approach. We are interested in results on the existence, uniqueness and regularity of solutions close to the singular points and in detecting effects that do not appear in the absence of singularities. The main examples we will consider are the porous medium equation, the Cahn-Hillard equation and the Yamabe flow.

The objectives of this project can be summarized in four major parts:

In this paper, we study curve shortening flow on Riemann surfaces with singular metrics. It turns out that this flow is governed by a degenerate quasilinear parabolic equation. Under natural geometric assumptions, we prove short-time existence, uniqueness, and regularity of the flow. We also show that the evolving curves stay fixed at the singular points of the surface and prove some collapsing and convergence results.

We show \(R\)-sectoriality for the fractional powers of possibly non-invertible \(R\)-sectorial operators. Applications concern existence, uniqueness and maximal \(L^{q}\)-regularity results for solutions of the fractional porous medium equation on manifolds with conical singularities. Space asymptotic behavior of the solutions close to the singularities is provided and its relation to the local geometry is established. Our method extends the freezing-of-coefficients method to the case of non-local operators that are expressed as linear combinations of terms in the form of a product of a function and a fractional power of a local operator.

Realizations of differential operators subject to differential boundary conditions on manifolds with conical singularities are shown to have a bounded \(H_{\infty}\)-calculus in appropriate \(L_{p}\)-Sobolev spaces provided suitable conditions of parameter-ellipticity are satisfied. Applications concern the Dirichlet and Neumann Laplacian and the porous medium equation.

We consider the long-time behaviour of the mean curvature flow of spacelike hypersurfaces in the Lorentzian product manifold M×R, where M is asymptotically flat. If the initial hypersurface F0⊂M×R is uniformly spacelike and asymptotic to M×{s} for some s∈R at infinity, we show that the mean curvature flow starting at F0 exists for all times and converges uniformly to M×{s} as t→∞.

Related project(s):
21Stability and instability of Einstein manifolds with prescribed asymptotic geometry29Curvature flows without singularities30Nonlinear evolution equations on singular manifolds31Solutions to Ricci flow whose scalar curvature is bounded in Lp.

We consider the Cahn-Hilliard equation on manifolds with conical singularities. For appropriate initial data we show that the solution exists in the maximal \(L^q\)-regularity space for all times and becomes instantaneously smooth in space and time, where the maximal \(L^q\)-regularity is obtained in the sense of Mellin-Sobolev spaces. Moreover, we provide precise information concerning the asymptotic behavior of the solution close to the conical tips in terms of the local geometry.

It is observed that in Banach spaces, sectorial operators having bounded imaginary powers satisfy a Heinz-Kato inequality.

We consider the unnormalized Yamabe flow on manifolds with conical singularities. Under certain geometric assumption on the initial cross-section we show well posedness of the short time solution in the \(L^q\)-setting. Moreover, we give a picture of the deformation of the conical tips under the flow by providing an asymptotic expansion of the evolving metric close to the boundary in terms of the initial local geometry. Due to the blow up of the scalar curvature close to the singularities we use maximal \(L^q\)-regularity theory for conically degenerate operators.

We study the porous medium equation on manifolds with conical singularities. Given strictly positive initial values, we show that the solution exists in the maximal \(L^q\)-regularity space for all times and is instantaneously smooth in space and time, where the maximal \(L^q\)-regularity is obtained in the sense of Mellin-Sobolev spaces. Moreover, we obtain precise information concerning the asymptotic behavior of the solution close to the singularity. Finally, we show the existence of generalized solutions for non-negative initial data.

We decompose locally in time maximal \(L^{q}\)-regular solutions of abstract quasilinear parabolic equations as a sum of a smooth term and an arbitrary small−with respect to the maximal \(L^{q}\)-regularity space norm−remainder. In view of this observation, we next consider the porous medium equation and the Swift-Hohenberg equation on manifolds with conical singularities. We write locally in time each solution as a sum of three terms, namely a term that near the singularity is expressed as a linear combination of complex powers and logarithmic integer powers of the singular variable, a term that decays to zero close to the singularity faster than each of the non-constant summands of the previous term and a remainder that can be chosen arbitrary small with respect e.g. to the \(C^{0}\)-norm. The powers in the first term are time independent and determined explicitly by the local geometry around the singularity, e.g. by the spectrum of the boundary Laplacian in the situation of straight conical tips. The case of the above two problems on closed manifolds is also considered and local space asymptotics for the solutions are provided. 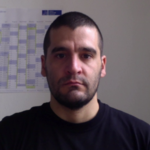 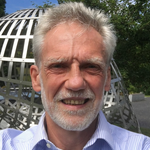