An approach to understanding the geometry and topology of  a given Riemannian manifold $M$ is to simplify the problem by ``reducing" $M$ via its ``symmetries''. This approach becomes quite relevant when $M$ has a ``large degree'' of symmetry. An appealing feature behind this approach is that we are free to choose the meaning behind the notion of symmetry, and degree. As a notion of symmetry we consider a particular family of foliations, which admit a ``bundle like metric'', which are known as singular Riemannian foliations. They are a natural candidate for symmetries of a manifold, since they encompass both  the notion of group actions by isometries and Riemannian submersions, as well as solutions to PDE which are compatible with the given Riemannian metric (for example the so called isoperimetric foliations). This fits in the context of the so called Grove Symmetry Program. In this program, Grove has proposed to first consider  manifolds of positive curvature with a high degree of symmetry, i.e. with a large Lie group, acting by isometries.

In the setting of the Grove Symmetry Program, and more generally in the theory of compact transformation groups, a lot of attention has been devoted to torus actions.  An extension for singular Riemannian foliations is to consider foliations where the leaves are aspherical, the so called $A$-foliations.  In this case, all the homotopy information of a leaf is contained in its fundamental group.  For the particular case when  $M$ is simply-connected, the leaves of highest dimension are all homeomorphic to a torus, and so these foliations resemble torus actions.

Another context in which torus actions arise is that of ``collapse'' of Riemannian manifolds. That is a procedure where we deform the geometry of the manifold to obtain, at the end, a new, possibly not smooth, metric space of lower dimension. A central object in the study of collapse with bounded curvature is that of an $F$-structure. Moreover, this is an object that generalizes the notion of local torus actions on a smooth manifold.

Using variational methods together with symmetries given by singular Riemannian foliations with positive dimensional leaves, we prove the existence of an infinite number of sign-changing solutions to Yamabe type problems, which are constant along the leaves of the foliation, and one positive solution of minimal energy among any other solution with these symmetries. In particular, we find sign-changing solutions to the Yamabe problem on the round sphere with new qualitative behavior when compared to previous results, that is, these solutions are constant along the leaves of a singular Riemannian foliation which is not induced neither by a group action nor by an isoparametric function. To prove the existence of these solutions, we prove a Sobolev embedding theorem for general singular Riemannian foliations, and a Principle of Symmetric Criticality for the associated energy functional to a Yamabe type problem.

We expand upon the notion of a pre-section for a singular Riemannian foliation \((M,\mathcal{F})\), i.e. a proper submanifold \(N\subset M\) retaining all the transverse geometry of the foliation. This generalization of a polar foliation provides a similar reduction, allowing one to recognize certain geometric or topological properties of \((M,\mathcal{F})\)  and the leaf space \(M/\mathcal{F}\). In particular, we show that if a foliated manifold  \(M\) has positive sectional curvature and contains a non-trivial pre-section, then the leaf space \(M/\mathcal{F}\) has nonempty boundary. We recover as corollaries the known result for the special case of polar foliations as well as the well-known analogue for isometric group actions. 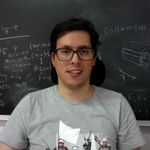