Invariants and Boundaries of Spaces

The project aims to study invariants and geometric objects arising in the context of spaces of non-positive curvature.  It focuses on two main themes.

(1) Developing new techniques for the explicit computation of the bounded cohomology of Lie groups and the simplicial volume of locally symmetric spaces.  The methods are from analysis, geometry and homological algebra, involving partial differential equations, the geometry of Lie groups, and polylogarithm functions.

(2) Investigating the interplay between gauge-theoretic and geometric compactifications of the moduli space of representations of surface groups into Lie groups.  The methods are from global analysis and hyperbolic geometry, involving Higgs bundles, harmonic maps, and pleated surfaces.

This paper relates different approaches to the asymptotic geometry of the

Hitchin moduli space of SL(2,C) Higgs bundles on a closed Riemann surface and,

via the nonabelian Hodge theorem, the character variety of SL(2,C)

representations of a surface group. Specifically, we find an asymptotic

correspondence between the analytically defined limiting configuration of a

sequence of solutions to the self-duality equations constructed by

of equivariant pleated surfaces due to Bonahon and Thurston. The geometric link

comes from a study of high energy harmonic maps. As a consequence we prove: (1)

limiting configurations; (2) a refinement of the harmonic maps characterization

of the Morgan-Shalen compactification of the character variety; and (3) a

comparison between the family of complex projective structures defined by a

quadratic differential and the realizations of the corresponding flat

connections as Higgs bundles, as well as a determination of the asymptotic

Andreas Ott: Transgression in bounded cohomology and a conjecture of Monod (2018)

We develop an algebro-analytic framework for the systematic study of the continuous bounded cohomology of Lie groups in large degree. As an application, we examine the continuous bounded cohomology of PSL(2,R) with trivial real coefficients in all degrees greater than two. We prove a vanishing result for strongly reducible classes, thus providing further evidence for a conjecture of Monod. On the cochain level, our method yields explicit formulas for cohomological primitives of arbitrary bounded cocycles. 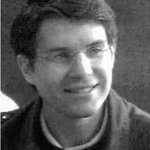