Higgs bundles have been introduced by Hitchin as solutions of the self-duality equations on a Riemann surface. The subsequent foundational works due to him, Donaldson, Corlette, Simpson and others extended the scope of this concept to more general Kähler manifolds and revealed deep connections to neighboring subjects such as complex geometry, nonlinear PDEs on manifolds, representations of surface groups, completely integrable systems and hyperkähler geometry.

The moduli space of solutions \(\mathcal M(r,d)\), its geometric and analytic properties and its manifold interrelations with these neighboring subjects are the central topic of the current research proposal. Our guiding motive here is to complete the study of large scale geometric properties of the spaces \(\mathcal M(r,d)\) by means of geometric analysis. These moduli spaces are typical examples of noncompact and in some cases singular manifolds. Aiming for a better understanding of their large scale and singularity structure provides for a rich field of difficult problems.

At the same time, the very different interconnections with neighboring fields indicated above establish Higgs bundles as a multifaceted subject. In recent years a number of new and promising research directions, which involve Higgs bundles in a crucial way, have emerged. These include the various approaches to compactifications of spaces of surface group representations and, in a completely different direction, several relevant research topics in geometry influenced by supersymmetric quantum field theory. For instance, this lead to remarkably accurate, yet largely conjectural predictions concerning the hyperkähler geometry of Higgs bundle moduli spaces due to Gaiotto, Moore and Neitzke. The scope of this project is to contribute substantially to some of these directions. We also plan to take up a number of entirely new research directions. For instance, we want to embark on an in-depth study of the real four-dimensional Hitchin moduli spaces which arise in the case where the underlying Riemann surface is, for instance, a four-punctures sphere. 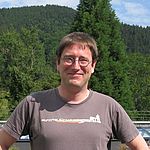