The main goals of the project are as follows:

(1) Investigate applications of minimal discs, planes and related objects to the local and global structure of spaces with upper curvature bounds.

(3) Analyze limit spaces of sequences of surfaces with local uniform bounds on total curvature. Apply the results to questions concerning the Willmore energy.

We describe the Gromov-Hausdorff closure of the class of length spaces being homeomorphic to a fixed closed surface.

If a group Γ acts geometrically on a CAT(0) space X without 3-flats, then either X contains a Γ-periodic geodesic which does not bound a flat half-plane, or else X is a rank 2 Riemannian symmetric space, a 2-dimensional Euclidean building or non-trivially splits as a metric product. Consequently all such groups satisfy a strong form of the Tits Alternative.

This belongs to a series of papers motivated by Ballmann's Higher Rank Rigidity Conjecture. We prove the following. Let X be a CAT(0) space with a geometric group action. Suppose that every geodesic in X lies in an n-flat, n≥2. If X contains a periodic n-flat which does not bound a flat (n+1)-half-space, then X is a Riemannian symmetric space, a Euclidean building or non-trivially splits as a metric product. This generalizes the Higher Rank Rigidity Theorem for Hadamard manifolds with geometric group actions.

A CAT(0) space has rank at least n if every geodesic lies in an n-flat. Ballmann's Higher Rank Rigidity Conjecture predicts that a CAT(0) space of rank at least 2 with a geometric group action is rigid -- isometric to a Riemannian symmetric space, a Euclidean building, or splits as a metric product. This paper is the first in a series motivated by Ballmann's conjecture. Here we prove that a CAT(0) space of rank at least n≥2 is rigid if it contains a periodic n-flat and its Tits boundary has dimension (n−1). This does not require a geometric group action. The result relies essentially on the study of flats which do not bound flat half-spaces -- so-called Morse flats. We show that the Tits boundary ∂TF of a periodic Morse n-flat F contains a regular point -- a point with a Tits-neighborhood entirely contained in ∂TF. More precisely, we show that the set of singular points in ∂TF can be covered by finitely many round spheres of positive codimension.

We discuss solutions of several questions concerning the geometry of conformal planes.

This is the second in a two part series of papers concerning Morse quasiflats - higher dimensional analogs of Morse quasigeodesics. Our focus here is on their asymptotic structure. In metric spaces with convex geodesic bicombings, we prove asymptotic conicality, uniqueness of tangent cones at infinity and Euclidean volume growth rigidity for Morse quasiflats. Moreover, we provide some immediate consequences.

This is the first in a series of papers concerned with Morse quasiflats, which are a generalization of Morse quasigeodesics to arbitrary dimension. In this paper we introduce a number of alternative definitions, and under appropriate assumptions on the ambient space we show that they are equivalent and quasi-isometry invariant; we also give a variety of examples. The second paper proves that Morse quasiflats are asymptotically conical and have canonically defined Tits boundaries; it also gives some first applications.

We analyze weak convergence on CAT(0) spaces and the existence and properties of corresponding weak topologies.

We show that cyclic products of projections onto convex subsets of Hadamard spaces can behave in a more complicated way than in Hilbert spaces, resolving a problem formulated by Miroslav Bačák. Namely, we construct an example of convex subsets in a Hadamard space such that the corresponding cyclic product of projections is not asymptotically regular.

Alexander Lytchak, Anton Petrunin: About every convex set in any generic Riemannian manifold (2021)

We discuss folklore statements about distance functions in manifolds with two sided bounded curvature. The topics include regularity, subsets of positive reach and the cut locus.

We prove that a topological 4-manifold of globally non-positive curvature is homeomorphic to Euclidean space.

We show that closed subsets with vanishing first homology in two-dimensional spaces inherit the upper curvature bound from their ambient spaces and discuss topological applications.

We investigate the geometric and topological structure of equidistant decompositions of Riemannian manifolds.

We construct short retractions of a CAT(1) space to its small convex subsets. This construction provides an alternative geometric description of an analytic tool introduced by Wilfrid Kendall.

Our construction uses a tractrix flow which can be defined as a gradient flow for a family of functions of certain type. In an appendix we prove a general existence result for gradient flows of time-dependent locally Lipschitz semiconcave functions, which is of independent interest.

We prove that for any isometric action of a group on a unit sphere of dimension larger than one, the quotient space has diameter zero or larger than a universal dimension-independent positive constant.

We prove that in two dimensions the synthetic notions of lower bounds on sectional and on Ricci curvature coincide. 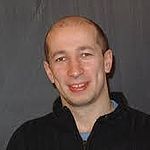 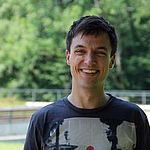