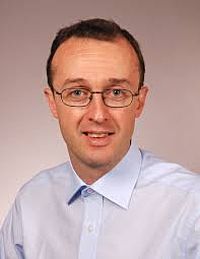 In this paper, we establish the existence and uniqueness of Ricci flow that admits an embedded closed convex surface in $\mathbb{R}^3$ as metric initial condition. The main point is a family of smooth Ricci flows starting from smooth convex surfaces whose metrics converge uniformly to the metric of the initial surface in intrinsic sense.

Alix Deruelle , Felix Schulze and Miles Simon: On the regularity of Ricci flows coming out of metric spaces (2019)

We consider solutions to Ricci flow defined on manifolds M for a time interval (0,T) whose Ricci curvature is bounded uniformly in time

from below, and for which the norm of the full curvature tensor at time t  is bounded by c/t for some fixed constant c>1 for all t in (0,T).

From previous works, it is known that if the solution is complete for all times t>0, then there is a limit metric space (M,d_0), as time t approaches zero. We show : if there is a region V on which (V,d_0) is smooth, then the solution can be extended smoothly to time zero on V.