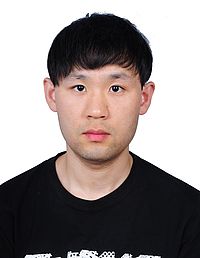 In this paper, we establish the existence and uniqueness of Ricci flow that admits an embedded closed convex surface in $\mathbb{R}^3$ as metric initial condition. The main point is a family of smooth Ricci flows starting from smooth convex surfaces whose metrics converge uniformly to the metric of the initial surface in intrinsic sense.

In this paper, we study the limiting flow of conical Kähler-Ricci flows when the cone angles tend to $0$. We prove the existence and uniqueness of this limiting flow with cusp singularity on compact Kähler manifold $M$ which carries a smooth hypersurface $D$ such that the twisted canonical bundle $K_M+D$ is ample. Furthermore, we prove that this limiting flow converge to a unique cusp Kähler-Einstein metric.

In this paper, by providing the uniform gradient estimates for approximating equations, we prove the existence, uniqueness and regularity of conical parabolic complex Monge-Ampère equation with weak initial data. As an application, we obtain a regularity estimate, that is, any $L^{\infty}$-solution of the conical complex Monge-Ampère equation admits the $C^{2,\alpha,\beta}$-regularity.