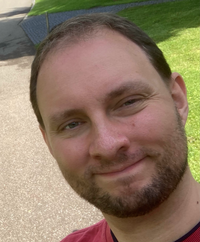 We construct smooth bundles with base and fiber products of two spheres whose total spaces have nonvanishing A-hat-genus. We then use these bundles to locate nontrivial rational homotopy groups of spaces of Riemannian metrics with lower curvature bounds for all Spin manifolds of dimension 6 or at least 10, which admit such a metric and are a connected sum of some manifold and \(S^n\times S^n\) or \(S^n\times S^{n+1}\), respectively. We also construct manifolds M whose spaces of Riemannian metrics of positive scalar curvature have homotopy groups that contain elements of infinite order that lie in the image of the orbit map induced by the push-forward action of the diffeomorphism group of M.

Related project(s):
9Diffeomorphisms and the topology of positive scalar curvature15Spaces and Moduli Spaces of Riemannian Metrics with Curvature Bounds on compact and non-compact Manifolds

We characterize cohomogeneity one manifolds and homogeneous spaces with a compact Lie group action admitting an invariant metric with positive scalar curvature.