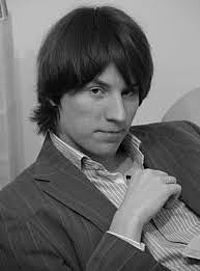 The Surface Group Conjectures are statements about recognising surface groups among one-relator groups, using either the structure of their finite-index subgroups, or all subgroups. We resolve these conjectures in the two generator case. More generally, we prove that every two-generator one-relator group with every infinite-index subgroup free is itself either free or a surface group.

We introduce the classes of TAP groups, in which various types of algebraic fibring are detected by the non-vanishing of twisted Alexander polynomials. We show that finitely presented LERF groups lie in the class TAP1(R) for every integral domain R, and deduce that algebraic fibring is a profinite property for such groups. We offer stronger results for algebraic fibring of products of limit groups, as well as applications to profinite rigidity of Poincaré duality groups in dimension 3 and RFRS groups.

We introduce the notion of quasi-BNS invariants, where we replace homomorphism to R by homogenous quasimorphisms to R in the theory of Bieri-Neumann-Strebel invariants. We prove that the quasi-BNS invariant QΣ(G) of a finitely generated group G is open; we connect it to approximate finite generation of almost kernels of homogenous quasimorphisms; finally we prove a Sikorav-style theorem connecting QΣ(G) to the vanishing of the suitably defined Novikov homology.

We provide a direct connection between the Zmax (or essential) JSJ decomposition and the Friedl--Tillmann polytope of a hyperbolic two-generator one-relator group with abelianisation of rank 2.

We deduce various structural and algorithmic properties, like the existence of a quadratic-time algorithm computing the Zmax-JSJ decomposition of such groups.

We initiate the study of torsion-free algebraically hyperbolic groups; these groups generalise, and are intricately related to, groups with no Baumslag-Solitar subgroups. Indeed, for groups of cohomological dimension 2 we prove that algebraic hyperbolicity is equivalent to containing no Baumslag-Solitar subgroups. This links algebraically hyperbolic groups to two famous questions of Gromov; recent work has shown these questions to have negative answers in general, but they remain open for groups of cohomological dimension 2.

We also prove that algebraically hyperbolic groups are CSA, and so have canonical abelian JSJ-decompositions. In the two-generated case we give a precise description of the form of these decompositions.

Dawid Kielak and Bin Sun: Agrarian and ℓ2-Betti numbers of locally indicable groups, with a twist (2021)

We also present an inequality between twisted Alexander and Thurston norms for free-by-cyclic groups and 3-manifolds. The technical tools we use come from the theory of generalised agrarian invariants, whose study we initiate in this paper.

We construct a new type of expanders, from measure-preserving affine actions with spectral gap on origami surfaces, in each genus g⩾1. These actions are the first examples of actions with spectral gap on surfaces of genus g>1. We prove that the new expanders are coarsely distinct from the classical expanders obtained via the Laplacian as Cayley graphs of finite quotients of a group. In genus g=1, this implies that the Margulis expander, and hence the Gabber--Galil expander, is coarsely distinct from the Selberg expander. For the proof, we use the concept of piecewise asymptotic dimension and show a coarse rigidity result: A coarse embedding of either R2 or H2 into either R2 or H2 is a quasi-isometry.