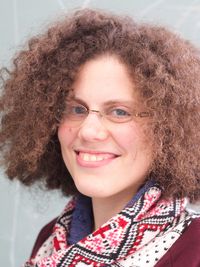 Photon surfaces are timelike, totally umbilic hypersurfaces of Lorentzian spacetimes. In the first part of this paper, we locally characterize all possible photon surfaces in a class of static, spherically symmetric spacetimes that includes Schwarzschild, Reissner--Nordström, Schwarzschild-anti de Sitter, etc., in n+1dimensions. In the second part, we prove that any static, vacuum, "asymptotically isotropic" n+1-dimensional spacetime that possesses what we call an "equipotential" and "outward directed" photon surface is isometric to the Schwarzschild spacetime of the same (necessarily positive) mass, using a uniqueness result by the first named author.

The Bartnik mass is a notion of quasi-local mass which is remarkably difficult to compute. Mantoulidis and Schoen [2016] developed a novel technique to construct asymptotically flat extensions of minimal Bartnik data in such a way that the ADM mass of these extensions is well-controlled, and thus, they were able to compute the Bartnik mass for minimal spheres satisfying a stability condition. In this work, we develop extensions and gluing tools, à la Mantoulidis and Schoen, for time-symmetric initial data sets for the Einstein-Maxwell equations that allow us to compute the value of an ad-hoc notion of charged Barnik mass for suitable charged minimal Bartnik data.

We investigate Bartnik's static metric extension conjecture under the additional assumption of axisymmetry of both the given Bartnik data and the desired static extensions. To do so, we suggest a geometric flow approach, coupled to the Weyl-Papapetrou formalism for axisymmetric static solutions to the Einstein vacuum equations. The elliptic Weyl-Papapetrou system becomes a free boundary value problem in our approach. We study this new flow and the coupled flow--free boundary value problem numerically and find axisymmetric static extensions for axisymmetric Bartnik data in many situations, including near round spheres in spatial Schwarzschild of positive mass.

Carla Cederbaum, Sophia Jahns: Geometry and topology of the Kerr photon region in the phase space (2019)

We study the set of trapped photons of a subcritical (a<M) Kerr spacetime as a subset of the phase space. First, we present an explicit proof that the photons of constant Boyer--Lindquist coordinate radius are the only photons in the Kerr exterior region that are trapped in the sense that they stay away both from the horizon and from spacelike infinity. We then proceed to identify the set of trapped photons as a subset of the (co-)tangent bundle of the subcritical Kerr spacetime. We give a new proof showing that this set is a smooth 5-dimensional submanifold of the (co-)tangent bundle with topology SO(3)×R2 using results about the classification of 3-manifolds and of Seifert fiber spaces. Both results are covered by the rigorous analysis of Dyatlov [5]; however, the methods we use are very different and shed new light on the results and possible applications.

Mantoulidis and Schoen developed a novel technique to handcraft asymptotically flat extensions of Riemannian manifolds (Σ≅S2,g), with g satisfying λ1=λ1(−Δg+K(g))>0, where λ1 is the first eigenvalue of the operator −Δg+K(g) and K(g) is the Gaussian curvature of g, with control on the ADM mass of the extension. Remarkably, this procedure allowed them to compute the Bartnik mass in this so-called minimal case; the Bartnik mass is a notion of quasi-local mass in General Relativity which is very challenging to compute. In this survey, we describe the Mantoulidis-Schoen construction, its impact and influence in subsequent research related to Bartnik mass estimates when the minimality assumption is dropped, and its adaptation to other settings of interest in General Relativity.

We propose a new foliation of asymptotically Euclidean initial data sets by 2-spheres of constant spacetime mean curvature (STCMC). The leaves of the foliation have the STCMC-property regardless of the initial data set in which the foliation is constructed which asserts that there is a plethora of STCMC 2-spheres in a neighborhood of spatial infinity of any asymptotically flat spacetime. The STCMC-foliation can be understood as a covariant relativistic generalization of the CMC-foliation suggested by Huisken and Yau. We show that a unique STCMC-foliation exists near infinity of any asymptotically Euclidean initial data set with non-vanishing energy which allows for the definition of a new notion of total center of mass for isolated systems. This STCMC-center of mass transforms equivariantly under the asymptotic Poincaré group of the ambient spacetime and in particular evolves under the Einstein evolution equations like a point particle in Special Relativity. The new definition also remedies subtle deficiencies in the CMC-approach to defining the total center of mass suggested by Huisken and Yau which were described by Cederbaum and Nerz.

The Bartnik mass is a quasi-local mass tailored to asymptotically flat Riemannian manifolds with non-negative scalar curvature. From the perspective of general relativity, these model time-symmetric domains obeying the dominant energy condition without a cosmological constant. There is a natural analogue of the Bartnik mass for asymptotically hyperbolic Riemannian manifolds with a negative lower bound on scalar curvature which model time-symmetric domains obeying the dominant energy condition in the presence of a negative cosmological constant. Following the ideas of Mantoulidis and Schoen [2016], of Miao and Xie [2016], and of joint work of Miao and the authors [2017], we construct asymptotically hyperbolic extensions of minimal and constant mean curvature (CMC) Bartnik data while controlling the total mass of the extensions. We establish that for minimal surfaces satisfying a stability condition, the Bartnik mass is bounded above by the conjectured lower bound coming from the asymptotically hyperbolic Riemannian Penrose inequality. We also obtain estimates for such a hyperbolic Bartnik mass of CMC surfaces with positive Gaussian curvature.