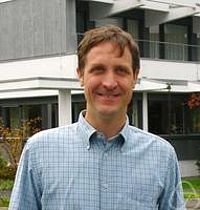 We prove regularity estimates for the eigenfunctions of Schrödinger type operators whose potentials have inverse square singularities and uniform radial limits at infinity. In particular, the usual N-body operators are covered by our result; in that case, the weight is in terms of the (euclidean) distance to the collision planes. The technique of proof is based on blow-ups and Lie manifolds. More precisely, we first blow-up the spheres at infinity of the collision planes to obtain the Georgescu-Vasy compactification and then we blow-up the collision planes. We carefully investigate how the Lie manifold structure and the associated data (metric, Sobolev spaces, differential operators) change with each blow-up. Our method applies also to higher order operators and matrices of scalar operators.

Let (N,h) be a time- and space-oriented Lorentzian spin manifold, and let M be a compact spacelike hypersurface of N with induced Riemannian metric g and second fundamental form K. If (N,h) satisfies the dominant energy condition in a strict sense, then the Dirac-Witten operator of M⊂ N is an invertible, self-adjoint Fredholm operator. This allows us to use index theoretical methods in order to detect non-trivial homotopy groups in the space of initial data pairs on $M$ satisfying the dominant energy condition in a strict sense. The central tool will be a Lorentzian analogue of Hitchin's α-invariant. In case that the dominant energy condition only holds in a weak sense, the Dirac-Witten operator may be non-invertible, and we will study the kernel of this operator in this case.

We will show that the kernel may only be non-trivial if π1(M) is virtually solvable of derived length at most 2. This allows to extend the index theoretical methods to spaces of initial data pairs, satisfying the dominant energy condition in the weak sense.

We will show further that a spinor φ is in the kernel of the Dirac--Witten operator on (M,g,K) if and only if (M,g,K,φ) admits an extension to a Lorentzian manifold (N,h) with parallel spinor ψ such that M is a Cauchy hypersurface of (N,h), such that g and K are the induced metric and second fundamental form of M, respectively, and φ is the restriction of ψ to M.

Back to my Homepage

Bernd Ammann, Jérémy Mougel, Victor Nistor: A comparison of the Georgescu and Vasy spaces associated to the N-body problems (2019)

We show that the space introduced by Vasy in order to construct a pseudodifferential calculus adapted to the N-body problem can be obtained as the primitive ideal spectrum of one of the N-body algebras considered by Georgescu. In the process, we provide an alternative description of the iterated blow-up space of a manifold with corners with respect to a clean semilattice of adapted submanifolds (i.e. p-submanifolds). Since our constructions and proofs rely heavily on manifolds with corners and their submanifolds, we found it necessary to clarify the various notions of submanifolds of a manifold with corners.

We prove well-posedness and regularity results for elliptic boundary value problems on certain singular domains. Our class of domains contains the class of domains with isolated oscillating conical singularities. Our results thus generalize the classical results of Kondratiev on domains with conical singularities. The proofs are based on conformal changes of metric, on the differential geometry of manifolds with boundary and bounded geometry, and on our earlier results on manifolds with boundary and bounded geometry.

Let M be a manifold with boundary and bounded geometry. We assume that M has "finite width", that is, that the distance from any point to the boundary is bounded uniformly. Under this assumption, we prove that the Poincaré inequality for vector valued functions holds on M. We also prove a general regularity result for uniformly strongly elliptic equations and systems on general manifolds with boundary and bounded geometry. By combining the Poincaré inequality with the regularity result, we obtain-as in the classical case-that uniformly strongly elliptic equations and systems are well-posed on M in Hadamard's sense between the usual Sobolev spaces associated to the metric. We also provide variants of these results that apply to suitable mixed Dirichlet-Neumann boundary conditions. We also indicate applications to boundary value problems on singular domains.

We discuss a method to construct Dirac-harmonic maps developed by J. Jost, X. Mo and M. Zhu. The method uses harmonic spinors and twistor spinors, and mainly applies to Dirac-harmonic maps of codimension 1 with target spaces of constant sectional curvature. Before the present article, it remained unclear when the conditions of the theorems in the publication by Jost, Mo and Zhu were fulfilled. We show that for isometric immersions into spaceforms, these conditions are fulfilled only under special assumptions. In several cases we show the existence of solutions.